Palatino Serif Font is the name of an old style serif typeface designed by Hermann Zapf, initially released in 1948 by the Linotype foundry.

Named after 16th century Italian master of calligraphy Giambattista Palatino, Palatino is based on the humanist fonts of the Italian Renaissance, which mirror the letters formed by a broad nib pen; this gives a calligraphic grace.

Palatino was particularly intended as a design for headings, but became popular for body text, overshadowing Aldus, which Zapf had expected to be used for this role.

It remains one of the most widely used (and copied) text typefaces, and has been cited as the ten most used serif typefaces. Palatino is a creative font that is suitable enough and useful for any design project 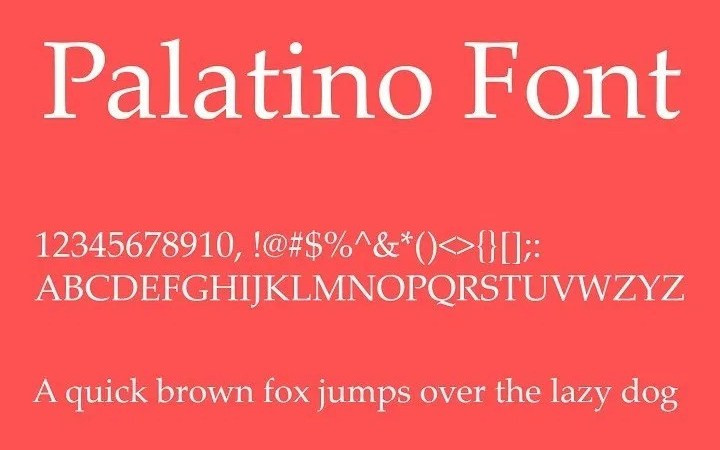