Segoe UI Sans Serif Font is a typeface, or family of fonts, that is best known for its use by Microsoft. The company uses Segoe in its online and printed marketing materials, including recent logos for a number of products. Additionally, the Segoe UI font sub-family is used by numerous Microsoft applications, and may be installed by applications (such as Microsoft Office 2007 and Windows Live Messenger 2009). It was adopted as Microsoft’s default operating system font beginning with Windows Vista, and is also used on outlook.com, Microsoft’s web-based email service. In August 2012, Microsoft unveiled its new corporate logo typeset in Segoe, replacing the logo it had used for the previous 25 years.

The Segoe name is a registered trademark of Microsoft Corporation, although the typeface was originally developed by Monotype. Segoe was designed by Steve Matteson during his employment at Agfa Monotype. Licensed to Microsoft for use as a branding typeface and user interface font, it was designed to be friendly and legible. Matteson created a range of weights and italics with a humanist feel. 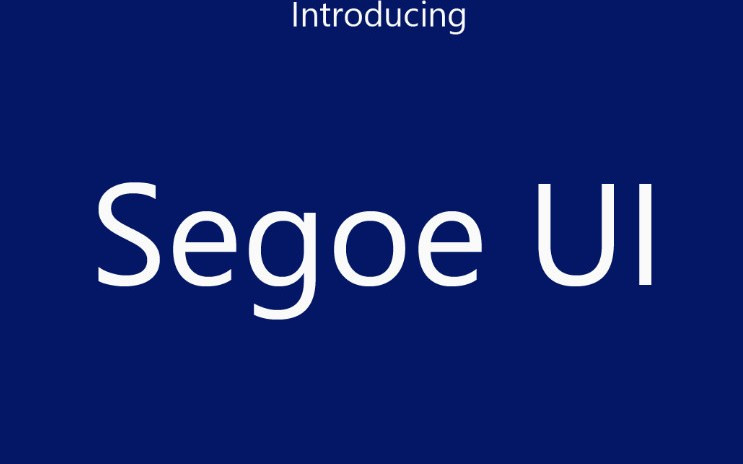